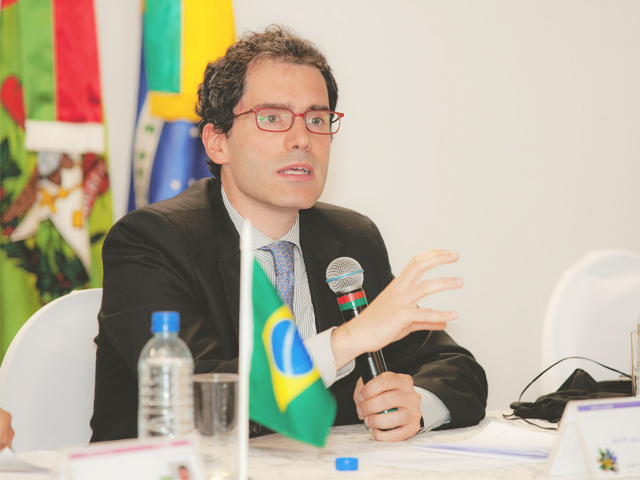 Pier Luigi’s areas of expertise include constitutional and comparative issues; lobbying and regulations of relation between lobbies and public decision makers; promotion and legal protection of intangible cultural heritage related to traditional food and agricultural practices especially in the UNESCO’s system.

Since 2015 Pier Luigi is Full Professor of Comparative Public Law.

Since 2010 He teach Lobbying Law at the Luiss Guido Carli University in Rome; since 2011 He also teach Professor of Cultural Heritage Law at the IULM University of Milan.

Since July 2010 to May 2014 He was, at the Unitelma Sapienza University of Rome (Italy), Faculty of Law, Associate professor, full-time Professor, lecturer in Constitutional Law and full-time Researcher in Comparative Public Law. From February 2005 to August 2007 Pier Luigi was Adjunct Professor in Constitutional Law at the University of Rome LUMSA, Faculty of Law. From October 2003 to August 2007 he was Adjunct Professor in Comparative Public Law and in Parliamentary Law at Luiss University “Guido Carli” of Rome.

Since 2013 Pier Luigi is member of the Center for European Studies of the Columbia University (New York). He is also member of the Ibero-American Institute on Constitutional Law and General Secretary of the National Association on Comparative Law.

In September 2012 Pier Luigi was designated by the Italian Prime Minister Mario Monti as effective member of the Authority of the Italian Presidency of Council of Ministers for the management of the earthquake funds in favor of Piemonte, Veneto, and Emilia-Romagna Regions.

Since 2006 Pier Luigi is delegated by the Italian Government to the UNESCO Committees. In this role, he has been coordinator of some national nomination files inscribed in the Tangible and Intangible Cultural Heritage UNESCO Lists (for example: The Dolomite, The Aeolian Island, The Langhe-Roero Landscape, The Dieta Mediterranea, Pantelleria, The art of Neapolitan Pizzaiuolo, etc.).

He was member of the Strategic Expert Group on European Politics of the Italian Presidency of Council of Ministers; Legal advisor of the Italian Minister for Agricolture, Food and Forestry Policies for international affairs; Head of Legislative Office of the President of Campania Region; Member of the Italian National Commission for UNESCO.

Since June 2018 He is Head of the Cabinet of the Italian Minister for Environment, Land and Sea.

He has been winner of awards and fellowships of: